What is Hemlock Woolly Adelgid?

This invasive insect is becoming more and more common in our area, Hemlock Woolly Adelgid (HWA) is originally from Japan but found itself in Richmond, VA in the early 1950’s. Even though this insect doesn’t cause much damage on trees in its native range, it wreaks havoc on the Eastern and Carolina Hemlock in North America, ranging from Georgia to Southern Maine. Hundreds of thousands of trees in this range have died from HWA, and it is decimating trees in our small corner of Southwest Virginia too.

The insect itself is extremely small and is a brown/purple color, it leaves behind what appears like small white balls of wool on the twigs, but they are actually egg sacs they left behind after feeding on the tree sap. The reason these insect populations grow so rapidly is because they have two generations per year; in the summer each mature adult is capable of producing 20-30 offspring, and in the spring they produce 50-100 offspring (Preisser).

When a hemlock trees becomes infected, the tree declines in health with symptoms such as needle drop, bud abortion, and inhibition of new growth. After the HWA feeds on the eastern hemlock, it induces a hypersensitive response that causes false growth rings in the stems (Preisser). This prevents the infected stems from obtaining water necessary for photosynthesis, this causes chronic water stress in the tree and will eventually cause it to be unable to carry out photosynthesis.

Once the tree is infected it can die in as little as four years, but the average hemlock infested with HWA dies within ten years of the initial infestation. Eastern Hemlock has been listed as near threatened in the IUCN (International Union for Conservation of Nature) and has been placed on the Red List of Threatened Species. In Shenandoah National Park they have lost about 90% of their mature hemlocks due to HWA, a decrease this large substantially impacts the entire ecosystem (Preisser). A decrease in hemlock foliage can also impact home value, a study in NJ found that a decrease in 25-50% foliage on hemlocks from HWA caused a decrease of more than $7,000 in property value on average (Preisser).

Chemical control is currently the most effective treatment for HWA, but it is impractical for forests and any area with a large population of hemlocks because each tree is treated individually. These treatments last for two years and have to be reapplied. Injections directly into the tree are more effective than spraying because the insecticide gets into the tree's vascular system much quicker, and it also does not kill any beneficial insects or affect the soil directly next to the tree.

For areas with larger populations biological control is more practical, but research is still being done as to which predator is most effective. At Virginia Tech they are doing research on Laricobius nigrinus, a predator of HWA that might be a promising solution. Many other universities and companies are researching different potential biological control solutions but none of them have found a sure solution yet. These predator insects are not available to purchase for anyone not involved in research yet, so for the average person chemical control is the best option available. 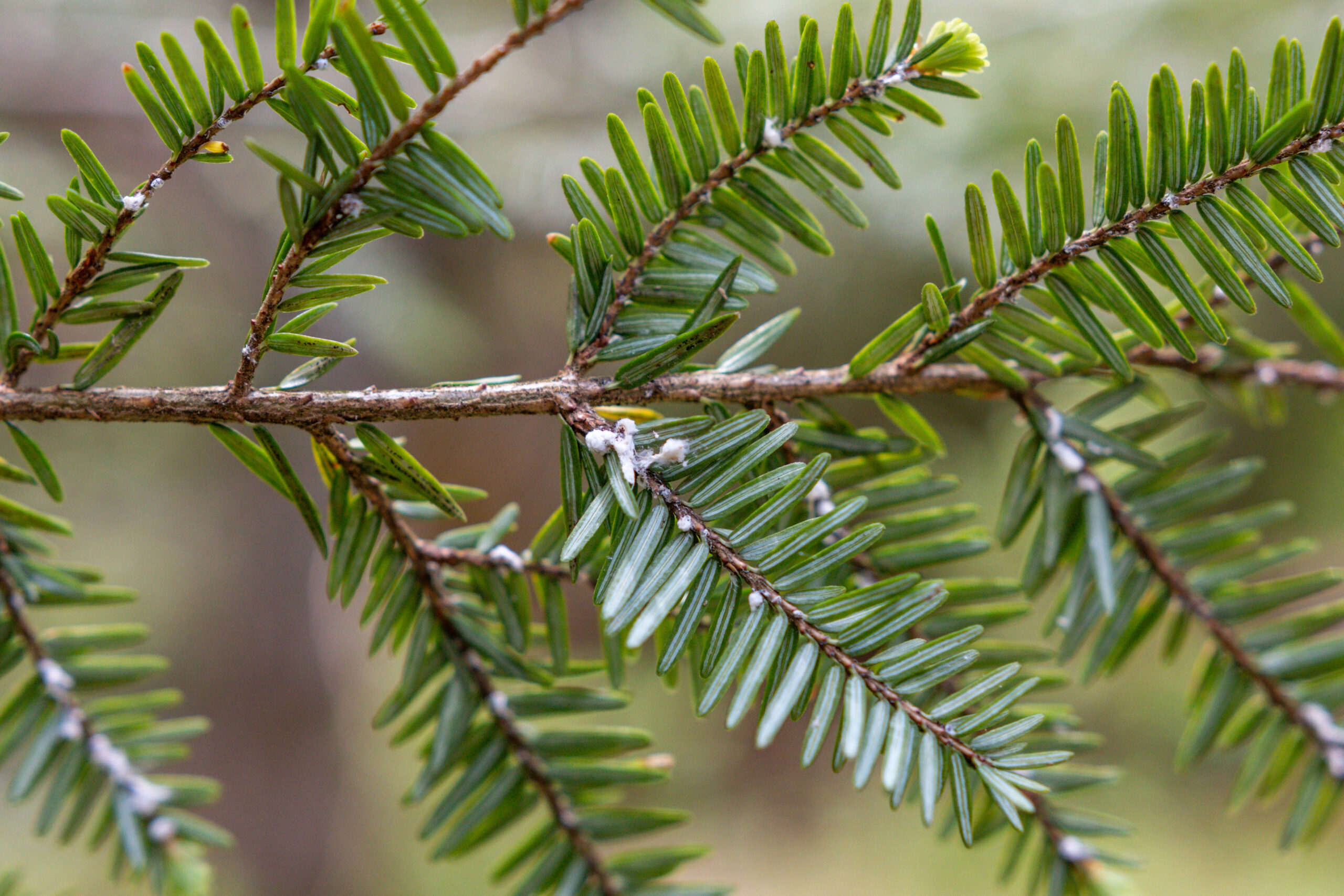 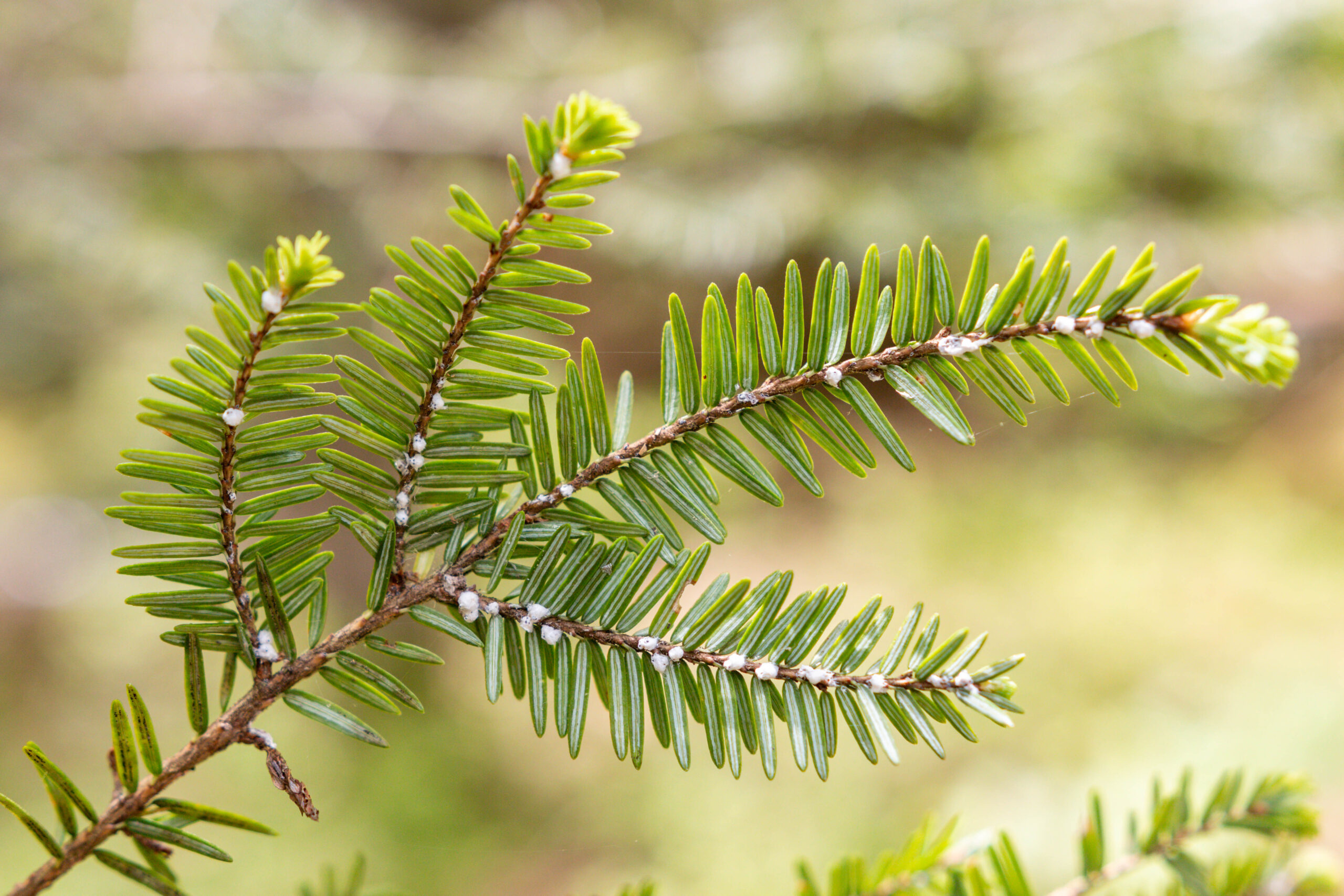